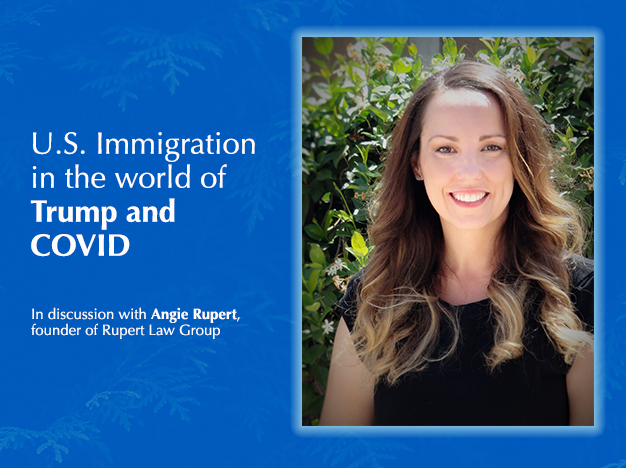 U.S. Immigration in the world of Trump and COVID

Windsor Capital Management sat down with Angie Rupert, founder of Rupert Law Group in the United States, to discuss the current migration options available to international citizens seeking a move to the land of opportunity.

We asked Angie to talk us through the somewhat unknown E2 Visa process and here is what she had to say.

“If you’re interested in moving to the United States but have no idea when or how you will do it, you’re not alone. In fact, much of the world is in a state of limbo because of COVID-19. The virus brought seven billion of us to our knees for several months. Now that things are finally starting to open up again and society is slowly returning to normal, Donald Trump has made two Presidential Proclamations limiting immigration to the United States. So now what?

“For those entrepreneurs who are interested in taking on the largest capitalist society in the world, the E2 Visa is still the best hope. The E2 Investor Visa is a relatively simple process (by immigration standards) and allows people to run their own businesses in the United States indefinitely. It’s not a green card, but it may be the next best thing.”

What is the E2 Visa?

“The E2 Visa is a non-immigrant visa (not permanent residency) that allows an entrepreneur and his/her spouse and children under 21 to live in the United States and run his/her own business. The E2 Visa is renewable indefinitely (some people have lived in the U.S. on an E2 Visa for 30 years or more).”

How does the E2 Visa compare to the EB5 and L1 Visas?

“According to the most recent Presidential Proclamation, named the “Proclamation Suspending Entry of Aliens Who Present a Risk to the U.S. Labor Market Following the Coronavirus Outbreak,” the major concerns relate to unemployed U.S. citizens. To that end the President has temporarily suspended those who are to be working in the United States on an H1B, H2B, L Visa or J Visa. Without getting into too much detail, these are the types of visas that require a U.S. based company to “sponsor” an international employee. The goal of this proclamation is to instead have those companies hire U.S. citizens.

“The E2 Visa is not a work visa. In fact, it is a visa that helps directly address the President’s concerns. The E2 investor visa holder will invest into the US economy and hire U.S citizens. In a sense, the E2 Visa is an answer to the issues Trump has perceived. This is great news for anyone wanting an E2 Visa – in all likelihood, it will be a visa that continues to be available in order to live and work in the U.S.”

“People with passports from treaty countries who have invested a “substantial” amount into a business in the U.S. can apply for the E2 Visa.”

If you are interested in starting a business in the United States, or to get more information on timelines and specific E2 Visa requirements, enquire here, www.windsorcm.com/contact-us.

Angie Rupert is an E2 investor Visa attorney based in Los Angeles, California. She has had the pleasure of helping clients from all over the world successfully obtain E2 Visas to run businesses in the United States. She is the founder of Rupert Law Group, one of the few law firms in the U.S that focus almost exclusively on E2 Visas.
Arupert@RupertLawGroup.com